↓
Home
Questions? Want to acquire Gold or learn how I earn Free Gold as an Independent Karatbars Affiliate?
Contact Me Now! 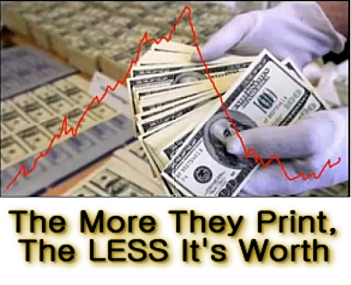 Greetings! My focus here is currency… the paper & coins commonly called ‘money’ around the world, and the true currency – Gold. There’s MUCH more to ‘money’ than earning, spending & saving it… are you familiar with the terms fiat currency, currency manipulation, QE’s, negative interest rates & currency devaluation? More on these later, but basically they all affect the value and spending power of your Country’s ‘money’ in your pocket, and, usually making it worth less when you need to spend it!

Once I realized all that the Central Banks & Governments are doing to manipulate and devalue their currencies, I started looking for ways to buy Gold, as a means of preserving a portion of my wealth. Only problem was the price of Gold in it’s more common forms, such as gold coins and gold bullion bars was beyond my budget. After much searching, I found a very unique and relatively new way to privately acquire Gold at a discount, or even for Free. Using this method, I’ll soon have a Kilo of Gold that I’ve acquired at no out-of-pocket expense!

I am a Karatbars Independent Affiliate Click for Disclaimer
↑